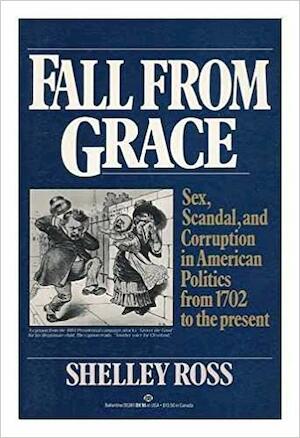 Sex, Scandal and Corruption in American Politics from 1702 to Present

Washington scandal is more than accidental -- it's an American tradition!
Political misdeeds are older than the republic. Throughout history an aggressive news media has consistently exposed irregularities and illegalities on all sides -- helping to shape our perceptions about politics and politicians.
This fact-filled book names the names and sets the scenes -- from almost every presidential administration -- letting loose history's best-kept secrets and most infamous scandals, such as:
"The Governor in Skirts" -- In 1702, Lord Cornbury, New York's drunken, cross-dressing Colonial governor-general, insisted on wearing formal hooped skirts and lady's accessories in public as a tribute to the fashionable Queen Anne.
"The Overzealous Colonel" -- Oliver North's predecessor in clandestine paramilitary activities was William S. Smith, in Thomas Jefferson's administration. Intent on aiding Venezuelan freedom fighters in their battle against Spanish occupation, he raised private funds, secured weapons, and enlisted soldiers of fortune for his private army.
Drawing comparisons between malfeasance in times gone by and today's simmering scandals, Fall From Grace demonstrates how our intriguing if imperfect system manages to stay afloat -- almost despite itself -- and exposes the all-too-fallible men and women who take the front page by storm.