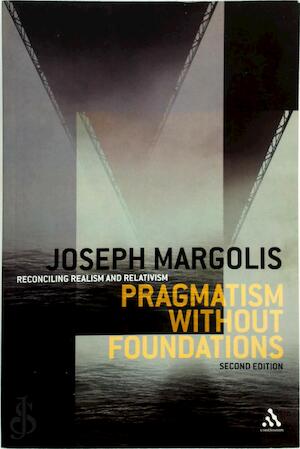 In this remarkable book, Joseph Margolis, one of America's leading and most celebrated philosophers, examines the relationship between two apparently contradictory philosophical tendencies - realism and relativism. In order to examine the relationship between the two, Margolis establishes a taxomony of different kinds of realism and different kinds of relativism. Drawing on both the analytic and Continental traditions, he examines (from a pragmatic point of view) the various relationships between these two tendencies in the light of two major developments in modern philosophy - the concern for praxis and the concern for historicity. Twenty years after it was first published to great acclaim, Margolis has updated Pragmatism Without Foundations in the light of his most recent work and the development of pragmatism in the intellectual world. This second edition includes an updated preface and a brand new epilogue addressing these developments and their implications for his earlier work. >