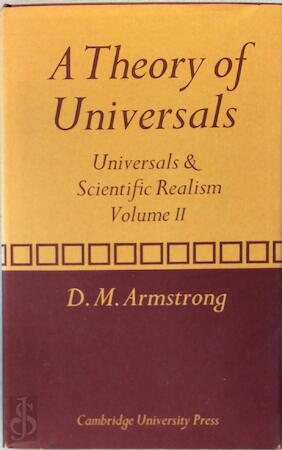 A Theory of Universals: Volume 2

This is a study, in two volumes, of one of the longest-standing philosophical problems: the problem of universals. In volume I David Armstrong surveys and criticizes the main approaches and solutions to the problems that have been canvassed, rejecting the various forms of nominalism and 'Platonic' realism. In volume II he develops an important theory of his own, an objective theory of universals based not on linguistic conventions, but on the actual and potential findings of natural science. He thus reconciles a realism about qualities and relations with an empiricist epistemology. The theory allows, too, for a convincing explanation of natural laws as relations between these universals.