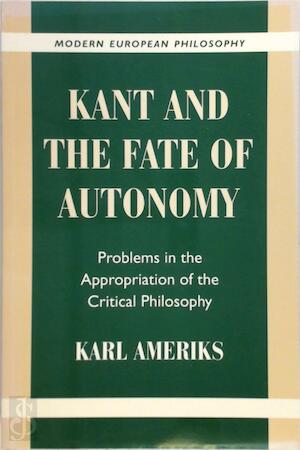 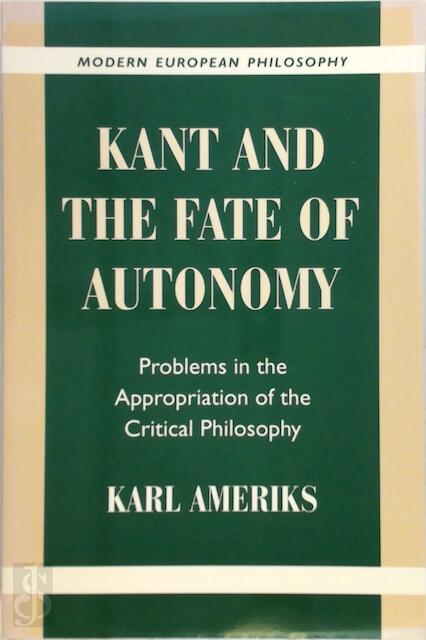 Kant and the fate of autonomy

Problems in the Appropriation of the Critical Philosophy

It has been argued that Kants all-consuming efforts to place autonomy at the center of philosophy have had, in the long-run, the unintended effect of leading to the widespread discrediting of philosophy and of undermining the notion of autonomy itself. The result of this 'Copernican revolution has seemed to many commentators the de-centring, if not the self-destruction, of the autonomous self. In this major reinterpretation of Kant and the post-Kantian response to his critical philosophy, Karl Ameriks argues that such a view of Kant rests on a series of misconceptions. By providing the first systematic study of the underlying structure of the reaction to Kants critical philosophy in the writings of Reinhold, Fichte and Hegel, Karl Ameriks challenges the presumptions that dominate popular approaches to the concept of freedom, and to the interpretation of the relation between the Enlightenment, Kant and post-Kantian thought.