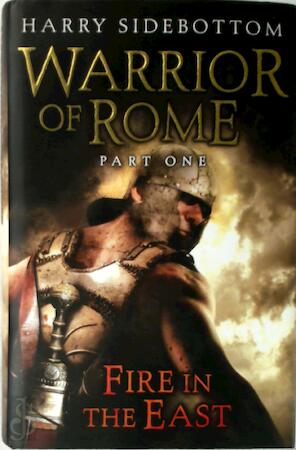 Fire in the East

HISTORICAL ADVENTURE FICTION. AD 255 - the Roman Imperium is stretched to breaking point, its authority and might challenged throughout the territories and along every border. Yet the most lethal threat lurks far to the east in Persia, where the massing forces of the Sassanid Empire loom with fiery menace. The far-flung and isolated citadel of Arete faces out across the wasteland, awaiting the inevitable invasion. One man is sent to marshall the defences of this lonely city - one man to shore up the crumbling walls of a once indomitable symbol of Roman power - a man whose name itself means war, a man called Ballista. Alone, Ballista is called to muster the forces and the courage to stand first and to stand hard against the greatest enemy ever to confront the Imperium. In the bestselling tradition of Bernard Cornwell and Conn Iggulden, comes a block-busting voice in historical adventure fiction.