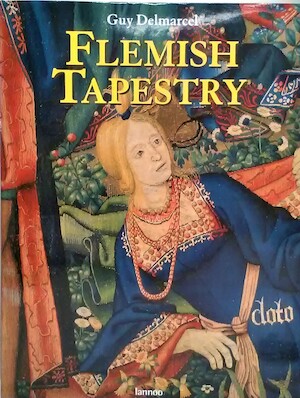 Flemish tapestry from the 15th to the 18th century

IN PRIJS VERLAAGD!
This book aims to offer a summary review of the art of tapestry in the Southern Netherlands at the time of the Ancien Regime, from the fifteenth to the end of the eighteenth century. It is not the first attempt of this nature. After the voluminous publications of the late nineteenth century, culminating in the excellent summary by Heinrich Göbel (1923), a second wave of books on the subject was published after the Second World War, led by Roger A. d'Hulst (1960), the first and most important Belgian offering, followed by Dora Heinz (1963 and1995), Madeleine Jarry (1968) and finally Joubert, Lefébure and Bertrand (1995). This new book attempts to continue the tradition of these historical panoramas, taking account of the numerous academic publications which have appeared on the subject in recent decades. In the past forty years two types of publication have contributed especially to bringing the artistic genre of tapestry back into the public eye: the catalogues of permanent collections in museums and those of special exhibitions. They have given this artform the status it deserves among a wide and cultivated public.