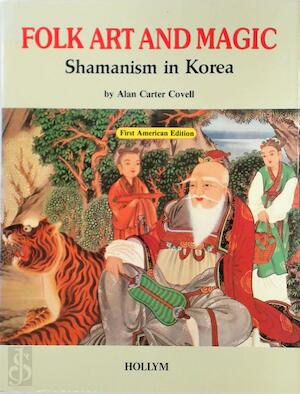 The top twelve deities in Korea's Shamanist pantheon are explained in this book the Mountain Spirit, the Dragon King, the Seven Stars who control human fertility, as well as the three magic monk-spirits who walk on water to prove their blood-tie to their father.

The later part of the book describes via photo-essays the Shamanist rituals still occurring today those which summon the deities, the "Ten Thousand Spirits" who may arrive in answer to the shaman's call. These include the famous generals of history, who will drive away disease, one general so fierce he walks on sharpened knives, a performance the shaman duplicates without being cut! The female ruler of the earth spirits, a patroness of diviners, also comes and sometimes hungry ghosts direct from the underworld; they gobble their food but cannot swallow. Then Pali Kongju may come, to rescue souls from the clutches of brutal guards of Hell.

Also disclosed are the life stories of various individual shamans, the mudang (spirit houses) who invite possession by the gods, so that they may cure disease. Photos suggest the unbridled ecstasy felt when the spirit enters within, the superhuman strength these frail women can exert, evidence of their freedom from the choking constrictures of Confucian lifestyles.