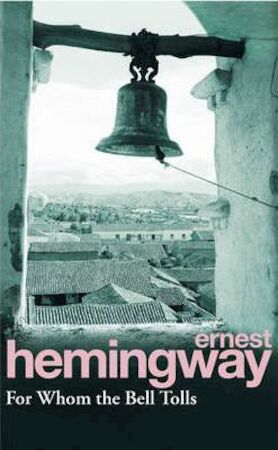 For whom the bell tolls

High in the pine forests of the Spanish Sierra, a guerrilla band prepares to blow up a vital bridge. Robert Jordan, a young American volunteer, has been sent to handle the dynamiting. There in the mountains, he finds the dangers and the intense comradeship of war. And there he discovers Maria, a young woman who has escaped from Franco's rebels.For Whom the Bell Tolls is Hemingway's finest novel, a passionate evocation of the pride and the tragedy of the Civil War that tore Spain apart.'The best book Hemingway has written' NEW YORK TIMES'The best fictional report o the Spanish Civil War that we possess' ANTHONY BURGESS'One of the greatest novels which our troubled age will produce' OBSERVER

"For whom the bell tolls" is ook verkrijgbaar als