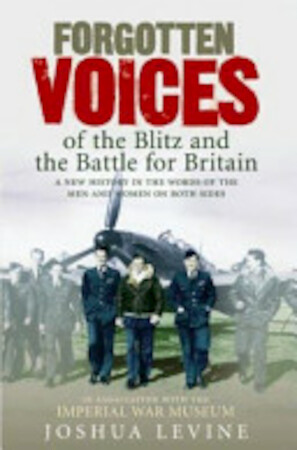 Forgotten Voices of the Blitz and the Battle for Britain

Drawing material from the Imperial War Museum's extensive aural archive, Joshua Levine brings together voices from both sides of the Blitz and the Battle of Britain to give us a unique, complete and compelling picture of this turbulent time. We hear from the soldiers, airmen, fire-fighters, air-raid wardens and civilians, people in the air and on the ground, on both sides of the battle, giving us a thrilling account of Britain under siege. With first-hand testimonies from those involved in Dunkirk and the Battle of Britain, Black Saturday on 7th September 1940 when the Luftwaffe began the Blitz, to its climax on the 10th May 1941, this is the definitive oral history of a period when Britain came closer to being overwhelmed by the enemy than at any other time in modern history.