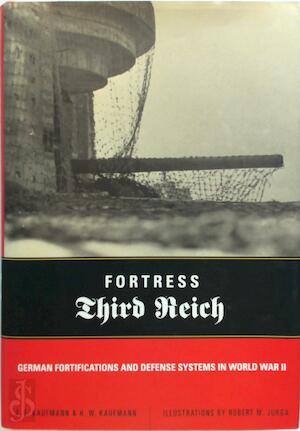 The Atlantic Wall is perhaps the most famous World War II-era fortification line in Europe, but in fact Germany built other fortified defensive lines throughout the entire war--from the coastal defenses along the English Channel to the famous West Wall and the hurriedly constructed East Wall. As a result, forts, bunkers, and defensive lines are found--many half-built due to Hitler's vacillating enthusiasm for defense--throughout the territory once occupied by Hitler's forces. Fortress Third Reich is the first and only comprehensive treatment of Germany's World War II fortifications. The authors also treat Germany's other important defensive systems, such as its fearsome air defense, and their text is supplemented by scores of remarkable technical drawings by Robert M. Jurga.