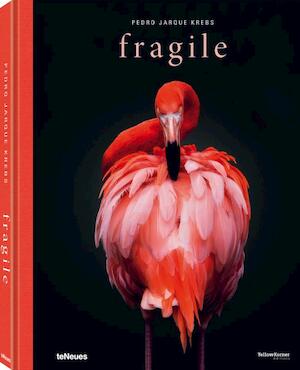 Exciting texts about the animals of our planet Spectacular images from one of the most celebrated wildlife photographers in a much-anticipated photo book Pedro Jarque Krebs has received more than 100 awards since 2014 There are few things more fascinating than the diversity of the animal kingdom—and it’s a wonder under immense threat. The latest figures estimate that 60 percent of all animal populations on our planet have been wiped out in the last 50 years. Pedro Jarque Krebs, a multi-award-winning wildlife photographer, focuses his lens on this fragile natural world to draw attention to its precarious situation. His photographs aim to break down the psychological and emotional barriers that separate us from our fellow creatures, capturing every animal—whether a bird, a reptile, or a big cat—in an atmosphere of breathtaking intimacy. Beautiful and humbling, his images give the animals their full and due dignity. They remind us that we are not the center of the universe, and that our most important project is to protect the intricate ecosystem of which we are just a small, constituent part. “My goal with these images is to raise our awareness of the beauty and diversity of the natural world, but—even more importantly—its dreadful fragility and endangerment.” Pedro Jarque Krebs Pedro Jarque Krebs was born in 1963 in Lima, Peru, and studied at the Sorbonne in Paris. One of the most celebrated photographers, his numerous awards include the prestigious Wildlife Photographer of the Year Award. CrossSell Products