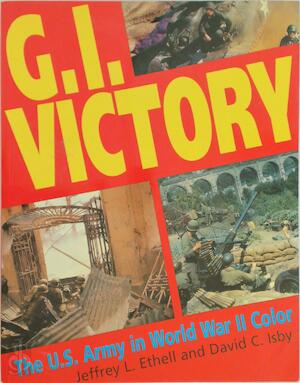 These are the images of World War II that you have never seen before - in full color. Jeffrey L. Ethell's extensive search for World War II color has resulted in a rich body of pictures covering the American Army at war all over the world. This superb collection includes original color photographs taken in the US, France, Italy, Germany, North Africa, the Philippines, China, Japan and many more theaters in which GIs fought during the war. Tank platoons, WACs, artillerymen, radiomen and many others are pictured training in the US for the jobs ahead of them. Weapons, vehicles and uniforms are all featured in detail, providing a treasure trove of information. Even more vivid is the impression of life in the army, something that black and white pictures simply cannot capture with the same reality. In North Africa Patton views Rommel's advance; in Europe men embark for D-Day, German soldiers are put into temporary stockades on the Normandy beaches, tanks gather in the snow during the battle of the Bulge, camouflaged infantry wade through the deep snow, engineers build makeshift bridges to speed the advance, infantry fight their way through destroyed Italian villages: and Marines and Army forces fight at close quarters in the Pacific islands. This is war as no one who wasn't there has ever seen it before. This classic book contains over 170 colour pictures and is available for the first time as a paperback.