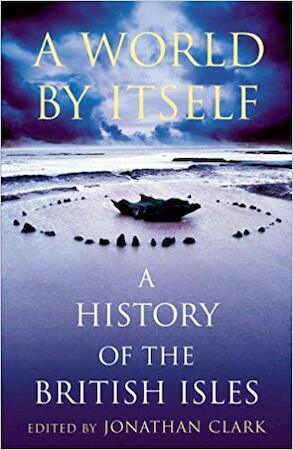 A World by Itself

A magisterial new one-volume history of the British Isles from the Romans to the present day, by six of our most prestigious and engaging historians.

For fans of Norman Davies, Francis Pryor, and Simon Schama. In A World by Itself, six distinguished British historians offer the most definitive and compelling history of the British Isles to date.

Tracing the political, religious and material cultures from the Romans to the present day, it is at once an urgent reassessment of our shared past, and an inspirational celebration of British history.

It focuses on the major themes and most dramatic moments of the last two millenia, from the Romans to reformation, revolution to restoration, wars both civil and global, and the enduring question of what it means to be 'British'. History, like the present, is always changing, and scholarship on the history of the British Isles is currently experiencing a golden age. The breakdown of modernism, the eclipse of the Marxist tradition and of the 'Whig interpretation' that sees all history as progress, combined with the trajectories of nationalism in Ireland, Scotland and Wales, have all generated unprecedented intellectual activity. Nor has the world stood still: the collapse of communism, the issues of integration into the EU, and the advance of multiculturalism have led more and more people in the English-speaking world as a whole to sense that their collective landscape now looks profoundly different from that inhabited by their ancestors even a few decades ago.