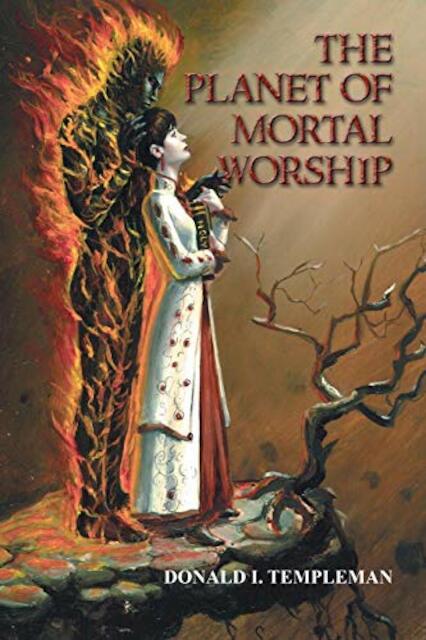 The Planet of Mortal Worship

A World on the Brink of Damnation

The Devil's minion has offered Crilen a deal: Return to a dead planet's past, save it from self-destruction, and be reunited with the loving wife who died in his arms over a decade ago. Not an impossible task for the fiery cosmic warrior who has built his life around rescuing planets from pagan religions, false gods and atheist monarchs.

However, upon his arrival in the past, Crilen finds an incredibly complex world. A world tangled in a web of socio-political strife which threatens to sever the souls of its inhabitants from their faith in God and herd them into the burning pit of eternal suffering. Crilen's affections also become fixated upon Panla Jen, a devoutly religious leader, who seeks to reform her planet's faith by destroying the secular institution which has imprisoned the Word of God with ungodly man-made laws, rituals and ideals. An immoral government which enables the vices of the majority, an amoral news and entertainment media lusting for optimum profits and a violent underground atheist insurrection conspire to shepherd the masses into a spiritual death-spiral fueled by their own lusts for freedom as an end rather than a means.

What must Crilen sacrifice to rescue this world and elude the Devil's bidding?