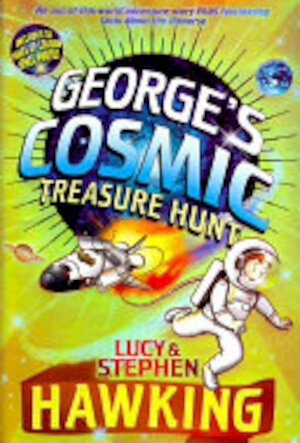 George's best friend Annie needs help. Her scientist father, Eric, is working on a space project - and it's all going wrong. A robot has landed on Mars, but is behaving very oddly. And now Annie has discovered something weird on her dad's super-computer. Is it a message from an Alien? Colliding hadrons! If Earth is to be saved, George and Annie - with the help of their computer genius friend Emmett - must use the super-computer to travel into space. First stop Mars - and then on to the very edge of the known galaxy, as they follow one clue after another on a fabulous treasure hunt across the cosmos. Could there be life out there? How do you find a planet in outer space? And if you could talk to aliens, what would you say? [back cover].