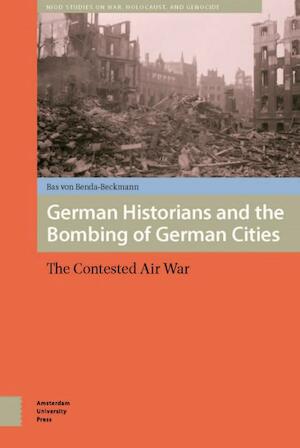 German historians and the bombing of German cities

Today, strategic aerial bombardments of urban areas that harm civilians, at times intentionally, are becoming increasingly common in global conflicts. This book reveals the history of these tactics as employed by nations that initiated aerial bombardments of civilians after World War I and during World War II. As one of the major symbols of German suffering, the Allied bombing left a strong imprint on German society. Bas von Benda-Beckmann explores how German historical accounts reflected debates on postwar identity and looks at whether the history of the air war forms a counternarrative against the idea of German collective guilt. Provocative and unflinching, this study offers a valuable contribution to German historiography.