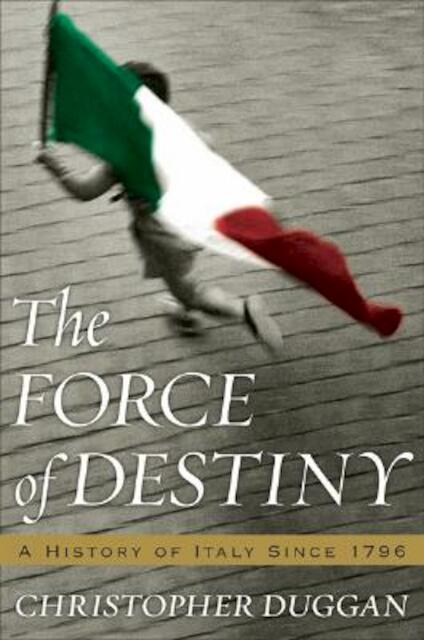 The Force of Destiny

A sweeping, first-of-its-kind history of the creation of modern Italy

The birth of modern Italy was a messy affair. Inspired by a small group of writers, intellectuals, and politicians, Italy struggled in the first half of the nineteenth century to unite all Italians under one rule, throwing aside a multitude of corrupt old rulers and foreign occupiers. In the midst of this turmoil, Italian politicians felt compelled by a "force of destiny” hideously at odds with Italian reality. After great sacrifice Italy was finally unified -- and turned out to be just as fragile, impoverished, and backward as it had been before. The resentments this created led to Italy’s destructive role in World War I, the subsequent rise of Mussolini and authoritarianism in the 1920s and ’30s, and the nation's humiliating defeat in World War II. This haunting legacy deeply informs the Italy of today.

Christopher Duggan skillfully interweaves Italy's art, music, literature, and architecture with its economic and social realities and political development to tell this extraordinary European story. The first English-language book to cover the full scope of modern Italy, from its origins more than two hundred years ago to the present, The Force of Destiny is a brilliant and comprehensive study -- and a frightening example of how easily nation-building and nationalism can slip toward authoritarianism and war.