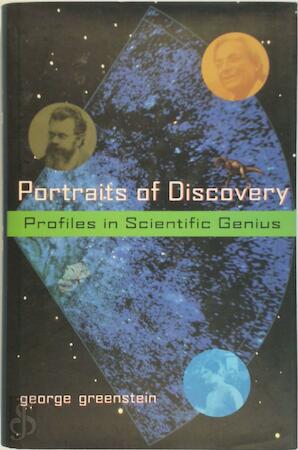 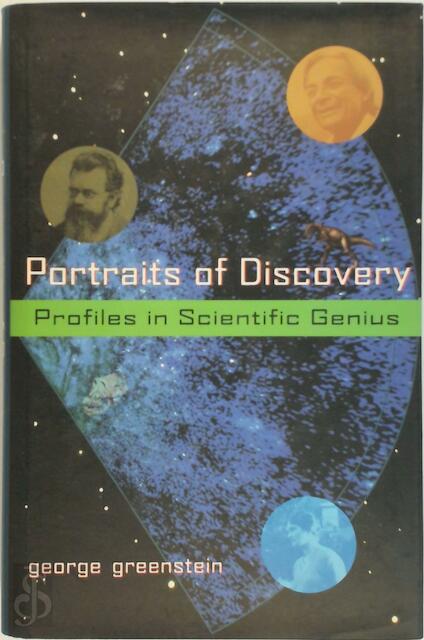 What fuels the creative fire of genius? Is it fierce determination, some special quirk of personality, or fortuitous coincidence? In Portraits of Discovery, astronomer and science writer George Greenstein profiles the lives often brilliant scientists to reveal the sources of their genius. He skillfully intertwines the stories of their personal lives and their work, showing how devotion to discovery "is what gives their lives meaning; what animates their days and consoles their nights"

This is a book full of wonders. Greenstein puts us on the scene as Margaret Geller and John Huchra unfold a map of the universe, revealing astoundingly large and beautiful images of arcs of galaxies that go off the charts of our imagination. He probes the mystery behind Luis Alvarez's discovery that the extinction of the dinosaurs was almost surely caused by Earth's collision with an asteroid the size of Manhattan. All along, Greenstein offers artfully drawn portraits of the colorful personalities of his subjects: the genius and "buffoonery" of Richard Feynman, who developed a new, more elegant way to solve physics problems; the wit and imagination of the hard-drinking, Nobel Prize—winning George Gamow, known for his magic tricks as well as for profound insights into radioactivity and the Big Bang; and the exuberance of Ludwig Boltzmann, who developed a new vision of the atom despite a mental illness that eventually led to his tragic suicide

Powerful social and political forces also enter the picture: we learn how women astronomers like Cecilia Payne-Gaposchkin and Annie Jump Cannon, despite their enormous contributions, were deprived of fair pay, recognition, and even the use of telescopes! We see George Gamow and his wife attempting to paddle their way across 170 miles of open sea in a small canoe to escape political oppression in Russia. Conversely, we hear the story of Luis Alvarez's Cold War-inspired testimony against J. Robert Oppenheimer—which earned Alvarez the everlasting enmity of many of his fellow scientists. In the two very different worlds of Martin Perl and Homi Bhabha—one in modern industrial America, the other in Third World India—we follow the problematic development and achievements of large-scale Big Science

In Portraits of Discovery, the author has created a rarity in science writing—a book that does justice to both the actual work of scientific research and to the idiosyncratic, flesh-and-blood lives of the scientists themselves. Reading it will deepen and enrich your appreciation of both science and its practitioners

A gallery of richly painted portraits of scientific genius:"the encounters of individual, contingent lives with the hard rock of external truth"

The chemical composition of the star

Atoms, entropy, and the Second Law of Thermodynamics

The development of science in India

The extinction of the dinosaurs

The tau particle and Big Scienc