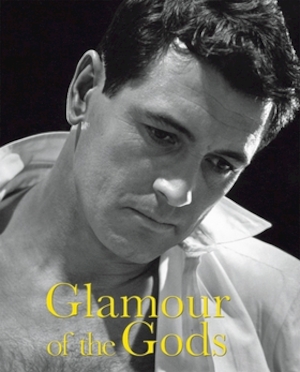 Glamour of the Gods

Photographs from the John Kobal Foundation

A treat for fans and scholars alike, "Glamour of the Gods" is a massive survey of Hollywood photo-portraiture from the industry's golden age--1920-1960. All photographs are drawn from the extraordinary archive of the John Kobal Foundation in London. John Kobal was the last century's preeminent authority on Hollywood photography, as well as the first collector (and later author) to recognize photography's decisive role in creating and marketing Hollywood stars. Studio portraits and film stills contributed greatly to the glamour of the film industry in this period, especially in the heyday of the studio system (1920-1950). It was these images, as much the films they publicized, that transformed actors and actresses into international style icons. Kobal was among the first to recognize that fact, and he amassed images with such fervor that his archive, the basis of the foundation that bears his name, is now one of the world's top resources for Hollywood portraiture. Greta Garbo, Marlon Brando, Marlene Dietrich, Humphrey Bogart, Grace Kelly and Rita Hayworth are among the famous faces featured herein, styled in dramatic black-and-white by such photographers as Clarence Sinclair Bull, George Hurrell, Laszlo Willinger, Ted Allan and E.R. Richee. In many cases these are the career-defining images of their era. All of the photographs are from the archive's original vintage prints. In addition, film historian Robert Dance offers a lucid overview of the still/portrait photographer's place in the Hollywood studio system, and of John Kobal's place in Hollywood history. Critic and historian John Russell Taylor's introduction draws on his many years of friendship with Kobal.