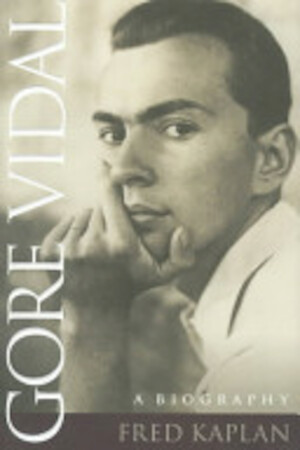 From his Washington childhood, a world of high political and social connections and domestic turmoil, to his Exeter education and U.S. Army experiences; from his Hollywood and television career to his literary life as a novelist, playwright, and essayist; from his friendships and feuds with Tennessee Williams, Anaïs Nin, Truman Capote, Norman Mailer, and William Buckley to his exploration of homosexuality and celebration of bisexuality; from his cool satirical analyses of "the rich, the famous and the powerful" to his projection of himself onto the national stage of television talk shows and political ambition, Gore Vidal has been both participant in and spectator at the centers of American power. No other twentieth-century figure has moved so easily and confidently, and had such a profound effect, in the disparate worlds of literature, drama, film, politics, historical debate, and the culture wars.

Fred Kaplan enjoyed complete access to Vidal's papers, letters, and private photographs, as well as television and newsreel footage, but was guaranteed a free hand by Vidal to write as he saw fit. The result is a lively, witty, and textured life of a literary colossus.