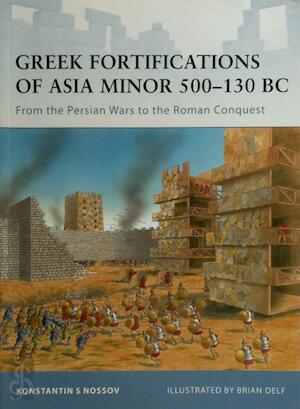 Greek Fortifications of Asia Minor 500–130 BC

From the Persian Wars to the Roman Conquest

Sandwiched between the heart of ancient Greece and the lands of Persia, the Greek cities of Western Anatolia were the spark that ignited some of the most iconic conflicts of the ancient world. Fought over repeatedly in the 5th century BC, their conquest by the Persians provided a casus belli for Alexander the Great to cross the Hellespont in 334 BC and launch the battle of Granicus and the sieges of Miletus and Halicarnassus. A blend of Greek and Asian styles of military architecture, these fortified cities were revolutionary in their multi-linear construction - successive defensive walls - with loopholes and mural arches. Konstantin Nossov illustrates the evolution of Greek fortifications and the influences of the region they bordered in this fascinating study.