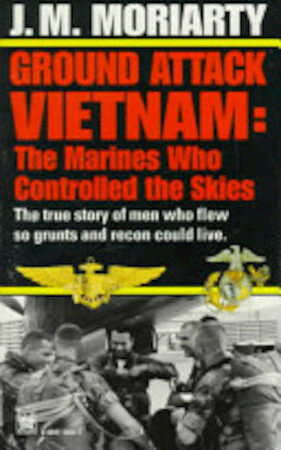 Ground Attack Vietnam: The Marines who controlled the skies

Lieutenant Colonel J. M. Moriarty's Marine Observation Squadron II, VMO-Z, was an indispensable part of the Marine Corps's air war in Vietnam. For the pilots and observers of VMO-2 were the crucial link in the Marine air/ground team, providing fire support and intelligence for the reconnaissance and infantry units on the ground in their never-ending battle of survival, evasion, and escape in the deadly jungles of Vietnam.
During his tours in Vietnam, Moriarty saw many incidents that never made the history books. And on their missions flying in Southeast Asia, Moriarty and his crews often made the difference between life and death for recon teams and grunts in contact with the NVA below. The sacrifice and heroism Moriarty saw deserve a place in our nation's history that should never be forgotten.