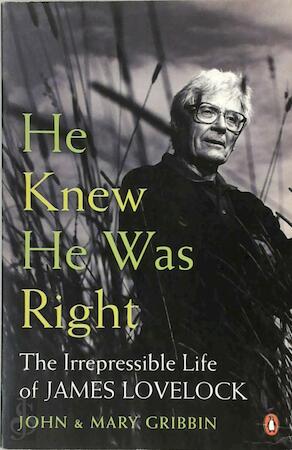 He Knew He Was Right

Jim Lovelock is an iconic figure in British science, a prophet whose prophecies are coming true. This is his definitive authorised biography. Lovelock is best known as the 'father' of Gaia theory, which isnow established as the most useful way of understanding the dramatic changes happening to the environment of the Earth.

But few people know about his early work as a chemist and inventor � work which included inventing the detectors used to search for life on Mars, and blowing the whistle on the depletion of ozone layer. In his personal life, he was a Quaker and conscientious objector in World War Two (later changing his mind in view of the evils of Nazism), supported his family for a time by selling his own blood, and gave up a salary and security to become an independent scientist based in an English village � from which all his best known work emerged.

As he approaches his 90th birthday, looking forward to going into space, this book truly reveals an independent, original and inspiring life.