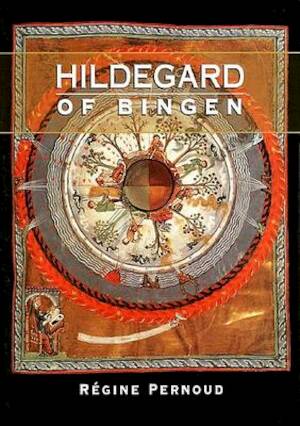 Inspired conscience of the twelfth century

A Benedictine cloistered nun visited by visions expressed in the beautiful illuminated manuscripts reproduced in this volume, the founder of a religious community, a musician and composer whose works have been rediscovered in our own time and are now enjoying tremendous popularity, a writer and poet, a naturalist and teacher, and a preacher and adviser to the Pope and his Bishops, Hildegard is essential to our understanding of the twelfth century. At age 43 Hildegard was instructed by a heavenly voice to record the visions that she had experienced since childhood. After ten years of work, her first book, Scivias, appeared to the approbation of Pope Eugene III and wide acclaim, launching Hildegard's career as a preacher and prophet and spurring her to write the encyclopedic studies of medicine, natural science, and the more than 70 musical compositions that are her legacy. Medieval historian Regine Pernoud draws on Hildegard's work and on her correspondence with saints, popes, emperors, and commoners to create a portrait of a woman that Matthew Fox has called, "one of the greatest artists and intellectuals the world has ever seen."