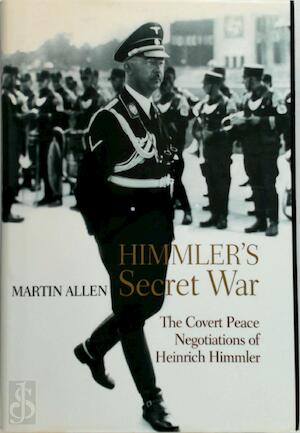 Martin Allen has achieved pre-eminence as a researcher and writer specializing in the Second World War. In this, his third major book, Heinrich Himmler, Head of the SS, emerges as a man with a huge personal agenda. Having secured for himself an unassailable position by manipulating Hitler into wiping out the SS's left-wing rivals, the SA, in The Night of the Long Knives, he continued to nurture political supremacy for himself while Hitler fought his military war. At the heart of Himmler's Secret War is the turning point of the war when, following the German defeat at Stalingrad, Himmler recognized that Germany would lose. Through his trusted envoy, Walter Schellenberg, he devoted much energy to negotiating his intended post-war role as the man who would lead Germany. He believed his intermediary, the British Ambassador in Sweden, Victor Mallet, was in direct contact with Winston Churchill. In fact, he was the victim of a highly effective sting by the Political Warfare Executive (PWE).