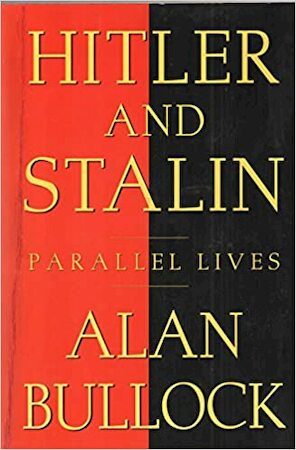 Alan Bullock's Hitler and Stalin is his crowning achievement, the magnum opus of one of today's most admired historians--the distinguished Oxford scholar and author of the now classic Hitler: A Study in Tyranny. This new work is a full-scale dual biography, remarkable for the richness and clarity of its narrative, for its historical astuteness, and above all for its freshly revealing perspective. Bullock examines his protagonists not in the traditional context of their conflicts with the Western Alliance but, for the first time, primarily against the more fruitful background of Berlin-Moscow relations; for he sees the cataclysmic history of Europe in the mid-twentieth century as an ongoing and accelerating clash between the aspirations of Germany and those of the Soviet Union. Until now the pendulum has swung between exaggeration and underestimation of the roles played by Hitler and Stalin. Bullock argues convincingly that, in order to show how two such outsiders came to power, it is necessary to take into account both the historical circumstances that gave them an opportunity and the highly individual traits and gifts each man used to exploit it. He goes on to explore the nature and scope of their power. His approach, developed with a remarkable command of historical and psychological detail and a sure grasp of historical currents--both the sweeping and the small--is to take the reader through one after another of the major crises: from Stalin's savage attack on the Russian peasantry and the Nazi takeover of Germany, to Stalin's destructive purges of the Communist Party and the Red Army, and Hitler's planned attempt to exterminate the Jewish population of Europe. Bullock finds in bothHitler and Stalin, despite the radical differences between them, the same unshaken belief in their historic missions, overriding any regard for law, limits, or humanity and armoring them against any feeling of compassion, remorse, or guilt. His book culminates in an account of what he sees as the greatest war in history, the clash between the German and Soviet armies on the Eastern front--a war that, instead of realizing Hitler's vision of a slave empire reaching to the Volga, left Stalin's forces in occupation of a Communist empire reaching to the Elbe. With the reunification of Germany, the collapse of the Soviet Union, and the democratizing of Eastern Europe, the world Hitler and Stalin created is coming to an end. And it is from this historical promontory that Bullock looks back at the two leaders: who they were and what they did. His book is one of the twentieth century's major works of history. It provides the most brilliant and telling account we have yet had of the two men who, perhaps uniquely, steered, dominated, and for a while controlled the historical forces swirling around them.