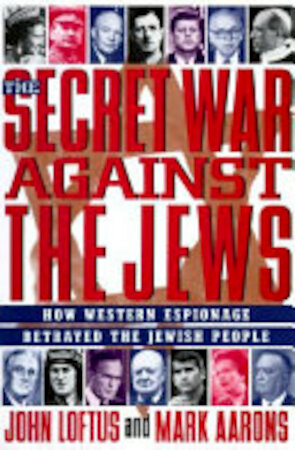 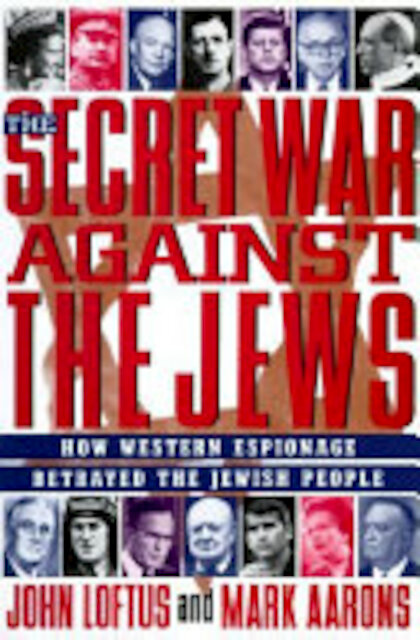 The Secret War Against the Jews

The authors demonstrate that numerous Western countries, especially the United States and Great Britain, have conducted repeated and willful spying missions on Palestine and later Israel over many decades. While on the surface these two countries and others profess to be ardent allies of Israel, they work, in fact, through their intelligence services to betray Israel's secrets to the Arabs. Their motive: oil and multinational profits, which must be attained at any price through international covert policies.
To understand the duplicitous nature of the West's diplomatic relations with Israel, the authors contend that one must understand the history that begins after the end of World War I with the sordid Mideast exploits of a British diplomat, Jack Philby. They then proceed into a detailed discussion of the boardrooms of American and English bankers and lawyers who had strong connections with Nazi leaders and Arab oil tycoons in the 1930s prior to the outbreak of World War II. Particularly intriguing is the information that the writers present to suggest an all-too-cozy financial relationship that existed between the Allied intelligence community and German banks even during the war.
One of the authors' chief contentions is that Israel was the unwitting victim of bungled Western spy operations such as Iran-Contra and BCCI, whose true dimensions have never previously been exposed. A consistent theme is that the White House and the British Secret Service have repeatedly run illegal programs, hidden from both the CIA and Congress, and then used the Jews as scapegoats.