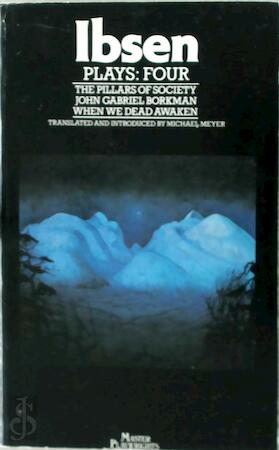 "Meyer's translations of Ibsen are a major fact in one's general sense of post-war drama. Their vital pace, their unforced insistence on the poetic centre of Ibsen's genius, have beaten academic versions from the field" (George Steiner)

The plays shine freshly from the pages ...This will be our definitive Ibsen." (JC Trewin) This volume contains Ibsen's first great modern prose play and his two last symbolic dramas. The Pillars of Society, written between 1875 and 1877, exhibits many of the classic elements which recur in the subsequent plays - a marriage founded on a lie, women stunted by social conventions, an arrogant man destroying the happiness of those around him. John Gabriel Borkman (1896), according to Edvard Munch, is "the most powerful winter landscape in Scandinavian art"; and Ibsen's last play, When We Dead Awaken (1899), also dealing with "the coldness of heart", showed, said Bernard Shaw, "no decay of Ibsen's highest qualities. His magic is nowhere more potent.Michael Meyer's translations are 'crisp and cobweb-free, purged of verbal Victoriana' (Kenneth Tynan)