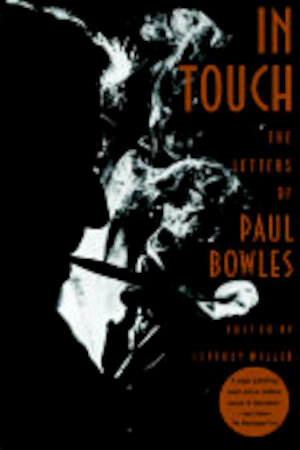 In Touch is an extraordinary collection of correspondence spanning eight decades from the bestselling author of The Sheltering Sky. Selected by Bowles's bibliographer from more than 7,000 letters, In Touch provides an evolving portrait of an artist renowned for his privacy. Yet Bowles was an indefatigable correspondent, and his letters offer a rare look at the many aspects of his brilliant career - as composer, novelist, short-story master, travel writer, translator, ethnographer, and literary critic. From his earliest extant letter, written at the age of four, to his precocious effusions to Aaron Copland and to Gertrude Stein; from his meditations on mescaline as relayed to Ned Rorem, to his intensely moving letters to Jane Bowles during her illness. In Touch fills in the lacunae left by previous biographers and by Bowles's own memoir and journal. Here is Bowles on the genesis of his first novel, The Sheltering Sky; on his distaste for Western melodies and his dogged attempts to record indigenous Moroccan music; on the Beats, Gore Vidal, Truman Capote, and Tennessee Williams; on the nature and craft of writing; on Bernardo Bertolucci, David Byrne, and Sting; on the decline of America and the challenges of living in North Africa. Gossipy, reflective, enlightening, and always entertaining, In Touch stands as an epistolary autobiography of one of the legendary writers of our time, and a unique chronicle of the twentieth-century avant-garde.