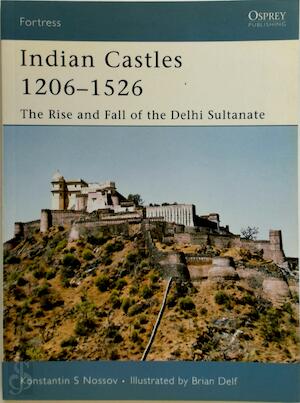 The Rise and Fall of the Delhi Sultanate

Illustrated by Brian Delf. This era is rightly considered to be the defining age of Indian castle and fortification design. The instability and feudal division of the country throughout the greater part of the period led to the intense fortification of many of the provinces, as each small lord sought to bolster his position by constructing castles. It is also the period during which Indian castles start to show their defining features, elements of which would be modified in later years as the technology of siege warfare changed. The combined influence of the Islamic and Hindu architectural tradition lends these fortifications a unique style. This title will cover all the major sites of the period - including the fabled seven medieval cities on the site of present-day Delhi, as well as covering the prominent sieges that occurred.