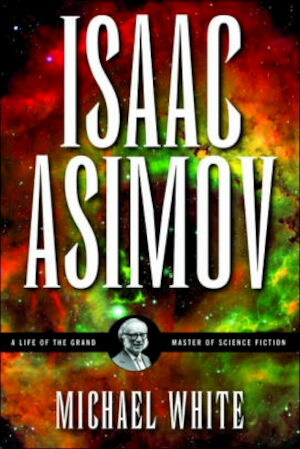 Isaac Asimov dominated science fiction for over half a century. He wrote over 400 books during the course of his career and was honored with every prize and award the science fiction community could give him. By his late teens, he had already embarked upon the works that would make him world-famous: the Robot stories, in which he laid down the Three Laws of Robotics, which are still accepted today by researchers into artificial intelligence; ?Nightfall,” arguably the best science fiction short story ever written; and the Foundation novels, where he established the idea of warring galactic empires, changing the face of science fiction forever.

Bestselling author Michael White's probing first-ever biography of this extraordinary writer takes us from Asimov's troubled childhood in New York to his ascendancy to the rank of ?Grand Master,” the highest honor in the science fiction world. With the success of last summer's hit film I, Robot and more Asimovian movies in the works, the founding father of science fiction is as influential and popular today as he was in the 1950s.