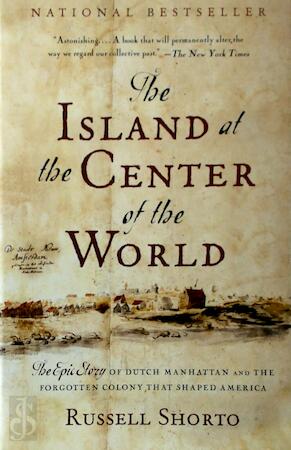 Island at the Center of the World, the

"The Island at the Center of the World strips Manhattan of its asphalt, bringing us back to a wilderness island--a hunting ground for Indians, populated by wolves and bears--that became a prize in the global power struggle between the English and the Dutch. Indeed, Russell Shorto shows that America's founding was not the work of English settlers alone but a result of the clashing of these two seventeenth century powers. In fact, it was Amsterdam--Europe's most liberal city, with an unusual policy of tolerance and a polyglot society dedicated to free trade--that became the model for the city of New Amsterdam on Manhattan. While the Puritans of New England were founding a society based on intolerance, on Manhattan the Dutch created a free-trade, upwardly-mobile melting pot that would help shape not only New York, but America. The story moves from the halls of power in London and The Hague to bloody naval encounters on the high seas. The characters in the saga--the men and women who played a part in Manhattan's founding--range from the philosopher René Descartes to James, the Duke of York, to prostitutes and smugglers. At the heart of the story is a bitter power struggle between two men: Peter Stuyvesant, the autocratic director of the Dutch colony, and a forgotten American hero named Adriaen van der Donck, a maverick, liberal-minded lawyer whose brilliant political gamesmanship, commitment to individual freedom, and exuberant love of his new country would have a lasting impact on the history of this nation.