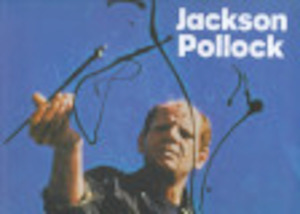 Jackson Pollock is widely considered the most challenging and influential American artist of the twentieth century. In his revolutionary paintings of the late 1940s, he dripped or poured paint into complex webs of interlacing lines, rhythmically punctuated by pools of color. With their allover composition, seemingly total abstraction, and gestural but remarkably controlled handling of paint, these powerful works announced the emergence of Abstract Expressionism. This book accompanies the major Pollock exhibition at The Museum of Modern Art, New York, in 1998-99 (and then at the Tate Gallery, London) - America's first full survey of the artist's career since the 1967 retrospective also organized by the Modern. An essay by Kirk Varnedoe explores Pollock's life, the mythology that so quickly grew up around him as the prototypical "action painter, " and the critical interpretations of his legacy. Pepe Karmel's study of Hans Namuth's photographs and films of Pollock at work offers new insight into the genesis of Pollock's paintings. Jackson Pollock includes over 200 color reproductions of paintings, drawings, and prints, including life-sized details and foldouts of major paintings. An illustrated chronology tells the story of the artist's life.