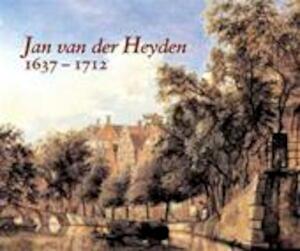 A remarkably versatile man, Jan van der Heyden (1637-1712) was the preeminent painter of cityscapes in the Netherlands and the first artist to capture all the beauty of the urban scene. Notwithstanding his achievements as an artist, Van der Heyden was even more famous in his own time as an inventor and engineer: he invented firefighting equipment that set the standard throughout Europe for two centuries, and he perfected the streetlamp. This is the first book in English devoted to Van der Heyden. It includes recent discoveries about his fascinating life and offers an introduction to his ravishing art.The book includes a general discussion of Van der Heyden's work, entries on 40 of his paintings, illustrations of about 100 of his paintings, as well as supplemental drawings and prints. Focusing mainly on the bustling city of Amsterdam, he also recorded other Dutch, Flemish, and German cities with a brilliant palette and exceptionally detailed technique. Often innovative in his composition, he was the first artist to create imaginary scenes by rearranging existing city views and known buildings.