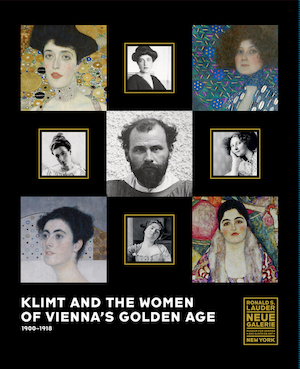 This authoritative and generously illustrated book highlights Gustav Klimt’s portrayals of women in his work. Klimt was a central figure in Vienna at the turn of the twentieth century, and a crucial link between nineteenth-century Symbolism and Modernism. His sensual portrayals of women are among his most celebrated works and the focus of this book. Highlights of the publication include Klimt's most important society portraits, such as Serena Lederer (1899); Gertrud Loew (1902); Adele Bloch-Bauer I (1907); Ma&#776;da Primavesi (1913); Elisabeth Lederer (1914–16); and Ria Munk III (1917). These works cover the gamut of Klimt's portrait style, from his early ethereal works influenced by Symbolism and the Pre-Raphaelite movement to his so-called "golden style," as well as his almost Fauvist depictions. These art works are complemented by preparatory Klimt sketches and decorative arts from the Wiener Werksta&#776;tte.