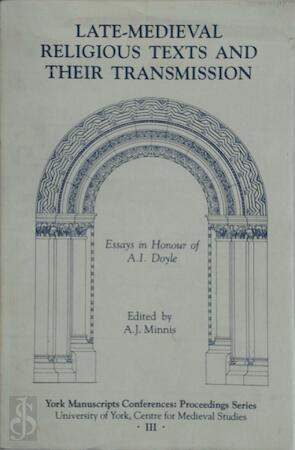 Late-medieval Religious Texts and Their Transmission

Essays in Honour of A. I. Doyle

This collection of new essays constitutes the proceedings of the sixth York Manuscripts Conference, held at the University of York in July 1991. Dr Doyle's lively introductory address is followed by eleven studies which range widely over the different types and genres of religious literature which were produced in late-medieval England, paying attention to both verse and prose, and representing the three literary languages of the time, English, French and Latin, though concentrating on texts in English.