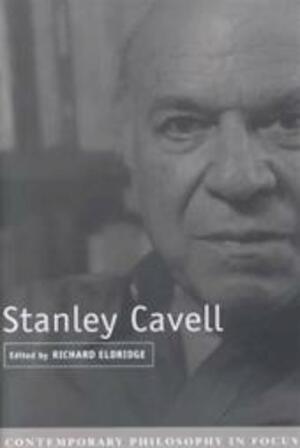 Stanley Cavell has been one of the most creative and independent of contemporary philosophical voices. At the core of his thought is the view that skepticism is not a theoretical position to be refuted by philosophical theory but is a reflection of the fundamental limits of human knowledge of the self, of others and of the external world that must be accepted. This volume is the first attempt systematically and accessibly to describe and assess the full range of Cavell's work. There are new accounts of Cavell's contribution to the philosophy of mind and language, the theory of action, ethics, aesthetics, Romanticism, American philosophy. Richard Eldridge is Professor of Philosophy and Chair of the Philsophy Department at Swarthmore College. He is author of The Persistence of Romanticism (Cambridge, 2001), On Moral Personhood: Philosophy, Literature, Criticism, and Self-Understanding (Chicago, 1989) and Leading a Human Life: Wittengenstein, Intentionality, and Romanticism (Chicago, 1997), which won the 1998 Jean-Pierre Barricelli Book Prize awarded by the American Conference on Romanticism. He is the editor of Beyond Representation: Philosophy and Poetic Imagination (Cambridge, 1996).