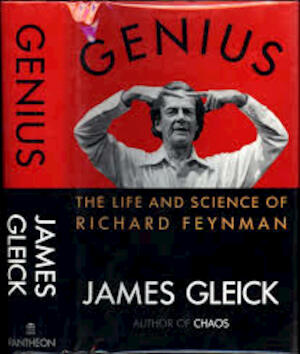 A genius, a great mathematician once said, performs magic, does things that nobody else could do. To his scientific colleagues, Richard Feynman was a magician of the highest caliber. Architect of quantum theories, enfant terrible of the atomic bomb project, caustic critic of the space shuttle commission, Nobel Prize winner for work that gave physicists a new way of describing and calculating the interactions of subatomic particles, Richard Feynman left his mark on virtually every area of modern physics. Originality was his obsession. Never content with what he knew or with what others knew, Feynman ceaselessly questioned scientific truths. But there was also another side to him, one which made him a legendary figure among scientists. His curiosity moved well beyond things scientific: he taught himself how to play drums, to give massages, to write Chinese, to crack safes. In Genius, James Gleick, author of the acclaimed best-seller Chaos, shows us a Feynman few have seen. He penetrates beyond the gleeful showman depicted in Feynman's own memoirs and reveals a darker Feynman: his ambition, his periods of despair and uncertainty, his intense emotional nature. From his childhood on the beaches and backlots of Far Rockaway and his first tinkering with radios and differential equations to the machine shops at MIT and the early theoretical work at Princeton - work that foreshadowed his famous notion of antiparticles traveling backward in time - to the tragic death of his wife while he was working at Los Alamos, Genius shows how one scientist's vision was formed. As that vision crystallized in work that reinvented quantum mechanics, we see Feynman's impact on the elite particle-physicscommunity, and how Feynman grew to be at odds with the very community that idolized him. Finally, Gleick explores the nature of genius, our obsession with it and why the very idea may belong to another time. Genius records the life of a scientist who has forever changed science - and changed what it means to know something in this uncertain century.