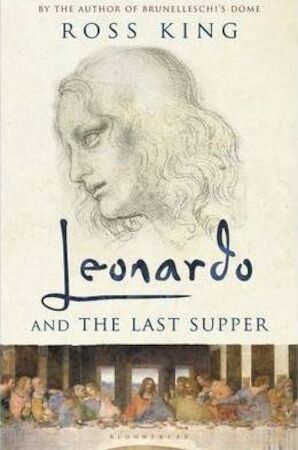 Leonardo and the Last Supper

Milan, 1496 and forty-four-year-old Leonardo da Vinci has a reputation for taking on commissions and failing to complete them. He is in a state of professional uncertainty and financial difficulty. For eighteen months he has been painting murals in both the Sforza Castle in Milan and the refectory of the convent of Santa Maria delle Grazie. The latter project will become the Last Supper, a complex mural that took a full three years to complete on a surface fifteen feet high by twenty feet wide. Not only had he never attempted a painting of such size, but he had no experience whatsoever in painting in the physically demanding medium of fresco.For more than five centuries the Last Supper has been an artistic, religious and cultural icon. The art historian Kenneth Clark has called it 'the keystone of European art', and for a century after its creation it was regarded as nothing less than a miraculous image. Even today, according to Clark, we regard the painting as 'more a work of nature than a work of man'. And yet there is a very human story behind this artistic 'miracle', which was created against the backdrop of momentous events both in Milan and in the life of Leonardo himself.In Leonardo and the Last Supper, Ross King tells the complete story of this creation of this mural: the adversities suffered by the artist during its execution; the experimental techniques he employed; the models for Christ and the Apostles that he used; and the numerous personalities involved - everyone from the Leonardo's young assistants to Ludovico Sforza, the Duke of Milan who commissioned the work. Ross King's new book is both a record of Leonardo da Vinci's last five years in Milan and a 'biography' of one of the most famous works of art ever painted.