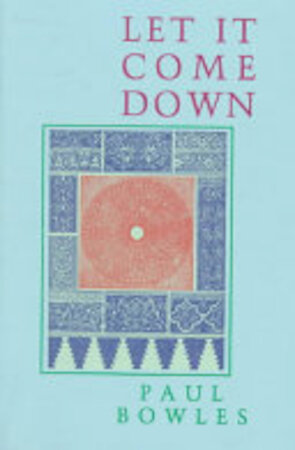 Let it Come Down

First published in 1952, Paul Bowles' novel Let It Come Down (the citation from Shakespeare's Macbeth) celebrates an era within the city of Tangier which, as Bowles notes in his Preface "Thirty Years Later", "has long ago ceased to exist. . . . Like a photograph, the tale is a document relating to a specific place at a given moment in time, illuminated by the light of that particular moment". The final section of the novel, "Another Kind of Silence", was famously written in Xauen in the Rif mountains while under the influence of kif