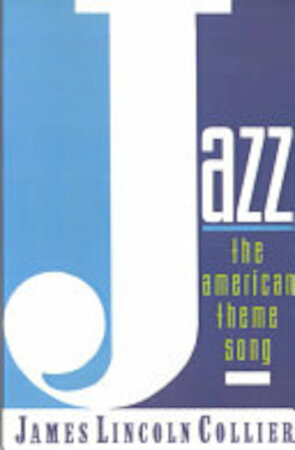 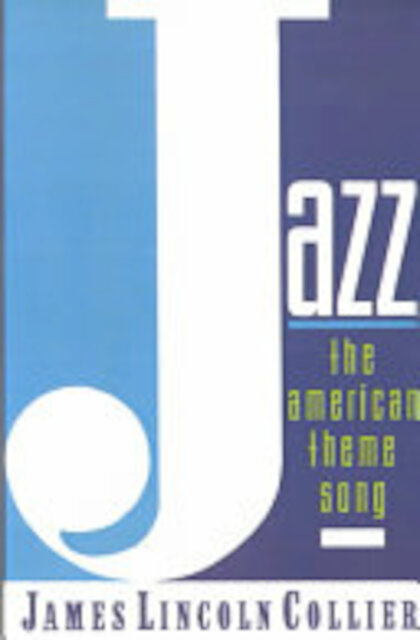 Praised by the Washington Post as a "tough, unblinkered critic," James Lincoln Collier is probably the most controversial writer on jazz today. His acclaimed biographies of Louis Armstrong, Duke Ellington, and Benny Goodman continue to spark debate in jazz circles, and his iconoclastic articles on jazz over the past 30 years have attracted even more attention. With the publication of Jazz: The American Theme Song, Collier does nothing to soften his reputation for hard-hitting, incisive commentary. Questioning everything we think we know about jazz--its origins, its innovative geniuses, the importance of improvisation and spontaneous inspiration in a performance--and the jazz world, these ten provocative essays on the music and its place in American culture overturn tired assumptions and will alternately enrage, enlighten, and entertain.
Jazz: The American Theme Song offers music lovers razor-sharp analysis of musical trends and styles, and fearless explorations of the most potentially explosive issues in jazz today. In "Black, White, and Blue," Collier traces African and European influences on the evolution of jazz in a free-ranging discussion that takes him from the French colony of Saint Domingue (now Haiti) to the orderly classrooms where most music students study jazz today. He argues that although jazz was originally devised by blacks from black folk music, jazz has long been a part of the cultural heritage of musicians and audiences of all races and classes, and is not black music per se. In another essay, Collier provides a penetrating analysis of the evolution of jazz criticism, and casts a skeptical eye on the credibility of the emerging "jazz canon" of critical writing and popular history. "The problem is that even the best jazz scholars keep reverting to the fan mentality, suddenly bursting out of the confines of rigorous analysis into sentimental encomiums in which Hot Lips Smithers is presented as some combination of Santa Claus and the Virgin Mary," he maintains. "It is a simple truth that there are thousands of high school music students around the country who know more music theory than our leading jazz critics." Other, less inflammatory but no less intriguing, essays include explorations of jazz as an intrinsic and fundamental source of inspiration for American dance music, rock, and pop; the influence of show business on jazz, and vice versa; and the link between the rise of the jazz soloist and the new emphasis on individuality in the 1920s.
Impeccably researched and informed by Collier's wide-ranging intellect, Jazz: The American Theme Song is an important look at jazz's past, its present, and its uncertain future. It is a book everyone who cares about the music will want to read.