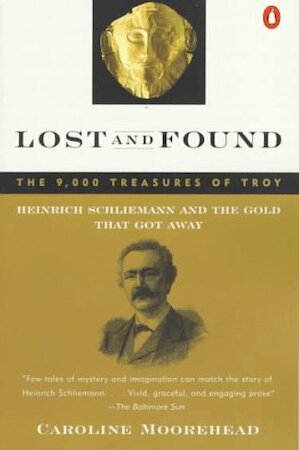 "One of the enduring stories of the last century is the astounding 1873 story by the first modern archaeologist, Heinrich Schliemann, of the lost gold of Priam, King of ancient Troy ... Caroline Moorehead explores Schliemann's extraordinary life and how he contrived to smuggle the nine thousand gold chains, elaborate silver pictures, gold coins and other amazing artifacts from his dig in Asia Minor to his government in Berlin. Schliemann's treasures of Troy, lost when pillaged by the Nazis during World War II, received front page coverage in 1993 when they were revealed to be residing in Moscow, having been looted in 1945 by the Russians. Here is the account ... " -- inside front flap of dust jacket.