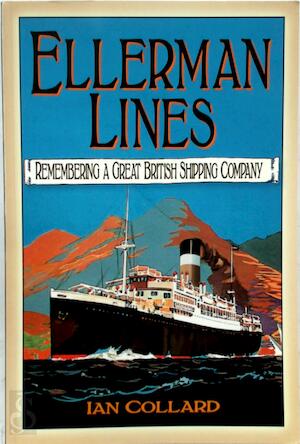 ELLERMAN LINES was formed by John Reeves Ellerman at the end of the nineteenth century. Ellerman left home at age 14, and at 24 he established J. Ellerman & Co. in London; by 1893, he had been appointed chair of a shipping company. Following the acquisition of various companies, Ellerman Lines Ltd was formed on 22 January 1902, becoming one of the greatest shipping lines in the world. Services were offered to the Mediterranean, India, South America and East and South Africa as the Ellerman group grew and grew. Ellerman Lines traded successfully throughout war and peace, heavily involved in the war effort, until the third quarter of the century, when many countries gained their independence from Britain and 1960s containerisation saw this once great shipping line close for good.

Using many previously unpublished photographs illustrating the different types of vessels owned by Ellerman Lines, experienced maritime author Ian Collard turns his attention to the company's history, from its establishment in 1886 until the shipping business was bought by its management in 1985. It was then sold to the Trafalgar House conglomerate, which merged it with its ownership of the Cunard Line to form Cunard-Ellerman in 1987. In 1991 it passed to the Andrew Weir Shipping Group and in 2003 the Mediterranean, Middle East, African, Indian and Pakistan services were acquired by Hamburg Sud and the Ellerman brand was replaced by them exactly two years later.