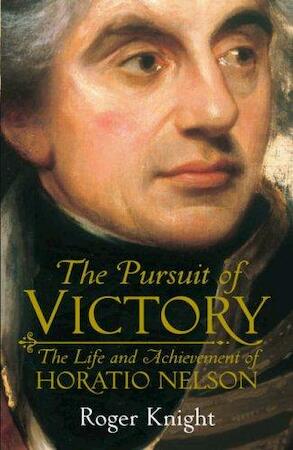 The Pursuit of Victory: The Life and Achievement of Horatio Nelson

"By the time of his death on board HMS Victory in 1805, Horatio Nelson had become the most famous Englishman in the world, hailed as a hero and saviour of the nation. But who lies beneath the romantic legend?" "Roger Knight's new biography reveals Nelson as never before. Drawing on a mass of documents ranging from private letters to ships' logs and new material from the National Archives, he gives us the fullest and most accurate picture yet of an extraordinary, complex figure. He traces the progress of a Norfolk parson's son who boarded his first ship, the Raisonable, at the age of twelve, through his youth as a difficult and ambitious naval subordinate, his rise to admiral, viscount and the most renowned celebrity of the ages and his triumphs at the battles of the Nile, Copenhagen and finally Trafalgar." "Knight delves into the complexities of Nelson's marriage and his relationship with Emma Hamilton, creates sparkling portraits of the great figures of the day, but above all shows Nelson as a professional seaman and an inspired leader, who engendered unfailing loyalty in his officers and the ordinary men who sailed and fought with him. Bringing alive the sights and sounds of naval warfare, he conveys the perils of commanding a fleet and fighting at sea: a nerveless, precisely coordinated and disciplined performance involving hundreds of men."--BOOK JACKET.