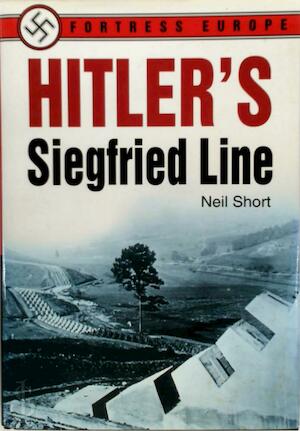 The Siegfried Line was a mammoth wall of German defenses that stretched from the Swiss border in the south to Aachen in the north, approximately 300 miles long and, in places, up to 20 miles deep. Built by Nazi Germany between 1936-38, over 500,000 workers were involved in its construction. This book gives a detailed historical background to the Siegfried Line, and a guide to what is left to see of it today. The line was not designed to thwart a full-scale offensive, but rather to delay any attack sufficiently to allow the German reserves to mobilize. In the 'phony war' (1939-40) it was effective enough to prevent the French from launching a pre-emptive strike when German forces were heavily engaged in Poland. Certain sections of the defenses saw some of the fiercest fighting of the Second World War. Many of the defenses have since been dismantled, but some still remain today. This, the first English language guide to the Siegfried Line, is fully illustrated and will appeal to anyone interested in the rise and fall of Hitler and Nazism, or in the Second World War in general.