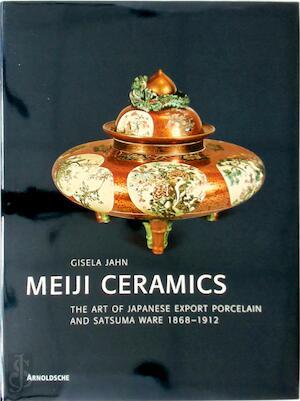 The Art of Japanese Export Porcelain and Satsuma Ware 1869-1912

Pressure exerted by America in 1854 caused Japan to open its doors after 260 years of isolation. Wide receptiveness to everything Western was the driving force behind the modernization of Japan initiated by the Meiji government, yet it also induced a rapid rediscovery of indigenous cultural values. At early Paris and London international exhibitions, the Japanese decorative and applied arts sparked off the Western fascination with all things Japanese japonisme. In Japan, on the other hand, new technologies were eagerly adopted the government realized that increasing production for export would be an excellent means of promoting Japanese economic growth and thus enhancing Japan's status worldwide. Meiji Ceramics represents the first in-depth study of the development of Japanese export porcelain against a highly charged background of political, economic and cultural factors. Includes 180 artists's signatures.