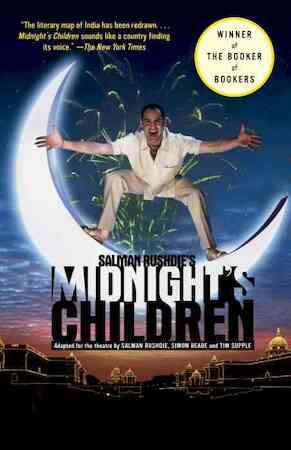 The original stage adaptation of Salman Rushdie’s Midnight’s Children, winner of the 1993 Booker of Bookers, the best book to win the Booker Prize in its first twenty-five years.

In the moments of upheaval that surround the stroke of midnight on August 14--15, 1947, the day India proclaimed its independence from Great Britain, 1,001 children are born--each of whom is gifted with supernatural powers. Midnight’s Children focuses on the fates of two of them--the illegitimate son of a poor Hindu woman and the male heir of a wealthy Muslim family--who become inextricably linked when a midwife switches the boys at birth.

An allegory of modern India, Midnight’s Children is a family saga set against the volatile events of the thirty years following the country’s independence--the partitioning of India and Pakistan, the rule of Indira Gandhi, the onset of violence and war, and the imposition of martial law. It is a magical and haunting tale, of fragmentation and of the struggle for identity and belonging that links personal life with national history.

In collaboration with Simon Reade, Tim Supple and the Royal Shakespeare Society, Salman Rushdie has adapted his masterpiece for the stage.