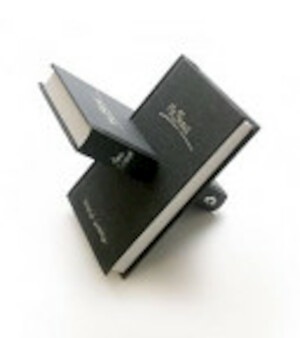 This limited hardback edition brings together Evan S. Connell's brilliant novels Mr Bridge and Mrs Bridge. Thomas Heatherwick, who most recently designed the new London Routemaster Bus and the spectacular Olympic Cauldron, has specially created this beautiful and innovative interlocking edition, which is available in a limited print run of just 1000 copies. The books can either be read separately, or slotted together in a unique book sculpture. Renowned designer Thomas Heatherwick is famous for projects as diverse as the Seed Cathedral at the Shanghai 2010 World Expo, the East Beach Cafe in West Sussex and the flagship Longchamp store in New York.A new edition of Evan Connell's Mr Bridge will be published in Penguin Modern Classics in February 2013 as a companion work to sit alongside Mrs Bridge. The Penguin Modern Classics edition of Mrs Bridge includes an introduction by Joshua Ferris; Mr Bridge will be introduced by Lionel Shriver.The Bridges are an unremarkable and conservative couple who live in Kansas City with their three children. Mrs Bridge spends her time shopping, going to bridge parties and bringing up her children to have nice manners; Mr Bridge is an outwardly successful lawyer who only wants the best for his family. And yet sometimes both experience the vague, disquieting sensation that all is not well in their comfortable lives. In a series of comic, telling vignettes, Evan S. Connell illuminates the narrow morality, confusion and even terror at the heart of lives of plenty. Hilarious and heartbreaking in equal measure, these two novels - told from both perspectives of the marriage - deserve their place amongst the classics of American twentieth-century fiction.