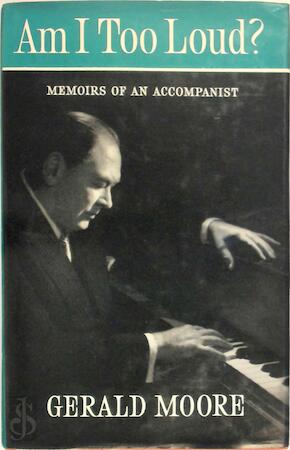 Am I Too Loud?

Memoirs of an Accompanist

The memoirs of the Unashamed Accompanist are at once a witty, informative and provocative record of the musical life of the past forty years. As a boy Gerald Moore was dull at work and sport and had no hobbies. Fortunately his mother detected the latent musician and forced him to practice his piano until he became something of a child wonder. In 1913 his family emigrated to Canada where he was at intervals an unreliable cash boy in a department store, a church choirmaster and caretaker and a cinema organist. Narrowly escaping Holy Orders, Gerald had his first professional experience at sixteen, touring Canada with a cellist and a tenor, at a dollar a concert. Returning to London in 1919 he embarked on a career, thanks to the advice of Sir Landon Ronald, that was to make him world-famous.