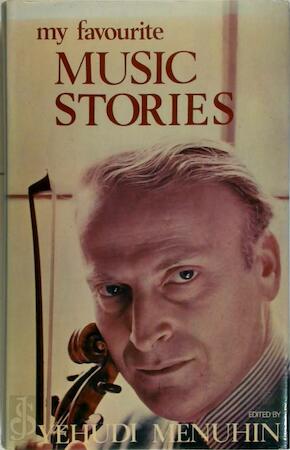 From the My Favourite series - favourite stories on different themes by different authors, each volume edited by a celebrity in the field.

"Music, be it Beethoven, Bartok or the Beatles," writes Yehudi Menuhin, "brings us together in a sharing of sound and feeling" which transcends boundaries. Thus, through the stories, poems and accounts in this anthology, we may join African slaves in 19th-century New Orleans as they create their spontaneous, vital, rhythmic music; and may walk with the exiled Bartok as he remembers the joyful honesty, and the vigorous tenderness, of the songs of Hungary. Exemplified in these stories is the deep attachment of composer and musicians to the land of their roots - "the lands that gave them their ears, their voices, the particular musical language they use."

Here are stories illustrating the music of men and women living 'in tune' with the earth: Aborigine and Inuit, Bushman and American Indian; a woman singing to the Hebridean seals, whose voices answer hers; a Celtic prince entranced by 'the music of the world'. Here are composers and conductors, makers and lovers of music from other times and other countries, other cultures and other landscapes. The lilt of Gypsy music and the haunting chants of the Balkans; girls dancing in Rhodes, and children dancing in a Japanese grove; the songs of a Somerset soldier and of the peasants in Russia; the discipline and complex beauty of Indian music and the deep sense of melody in Hasidic tales: all these illuminate the infinite range of music, within which we may, each retaining perfect individuality, share a universe "in which music and life are one and the same thing".